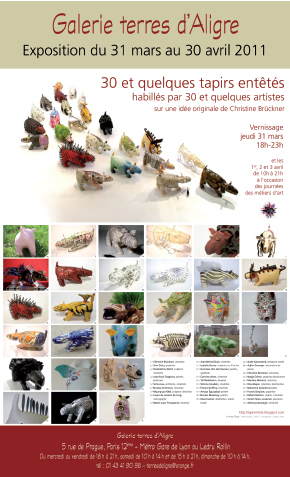 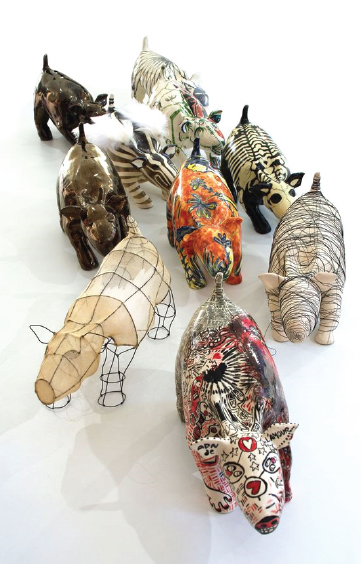 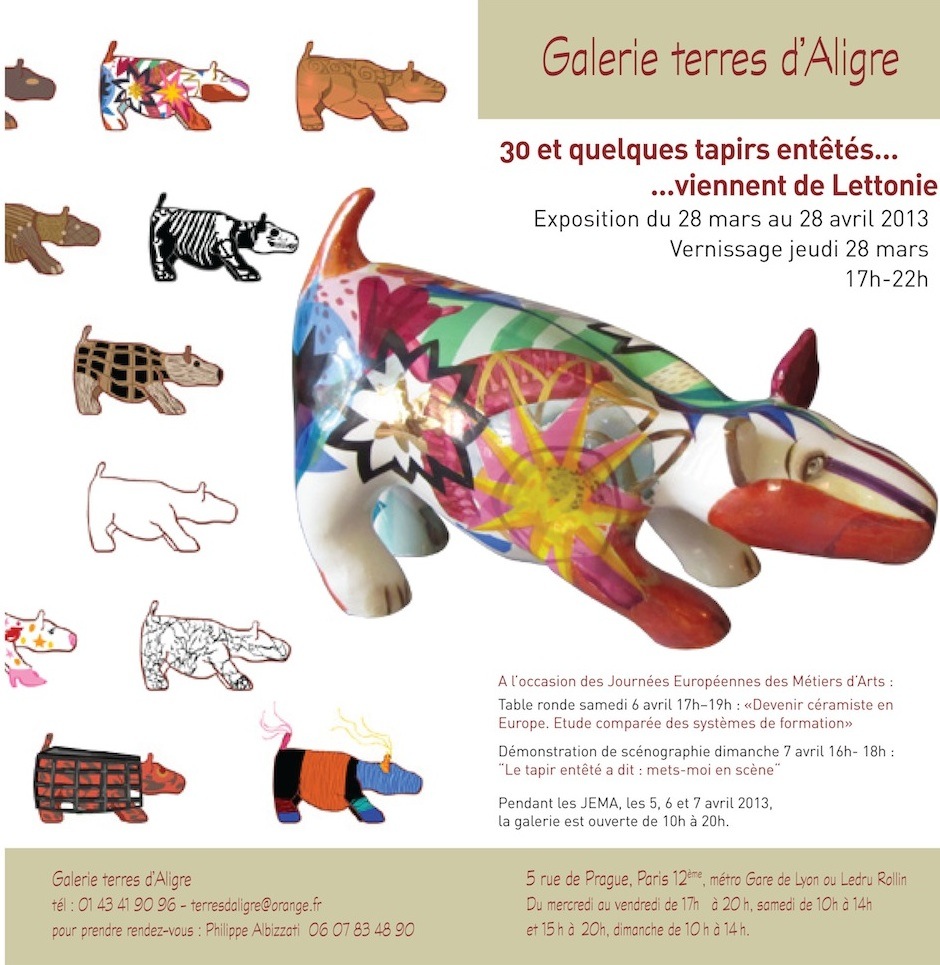 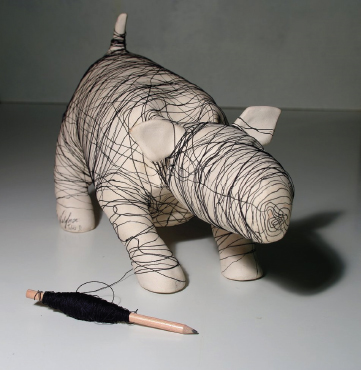 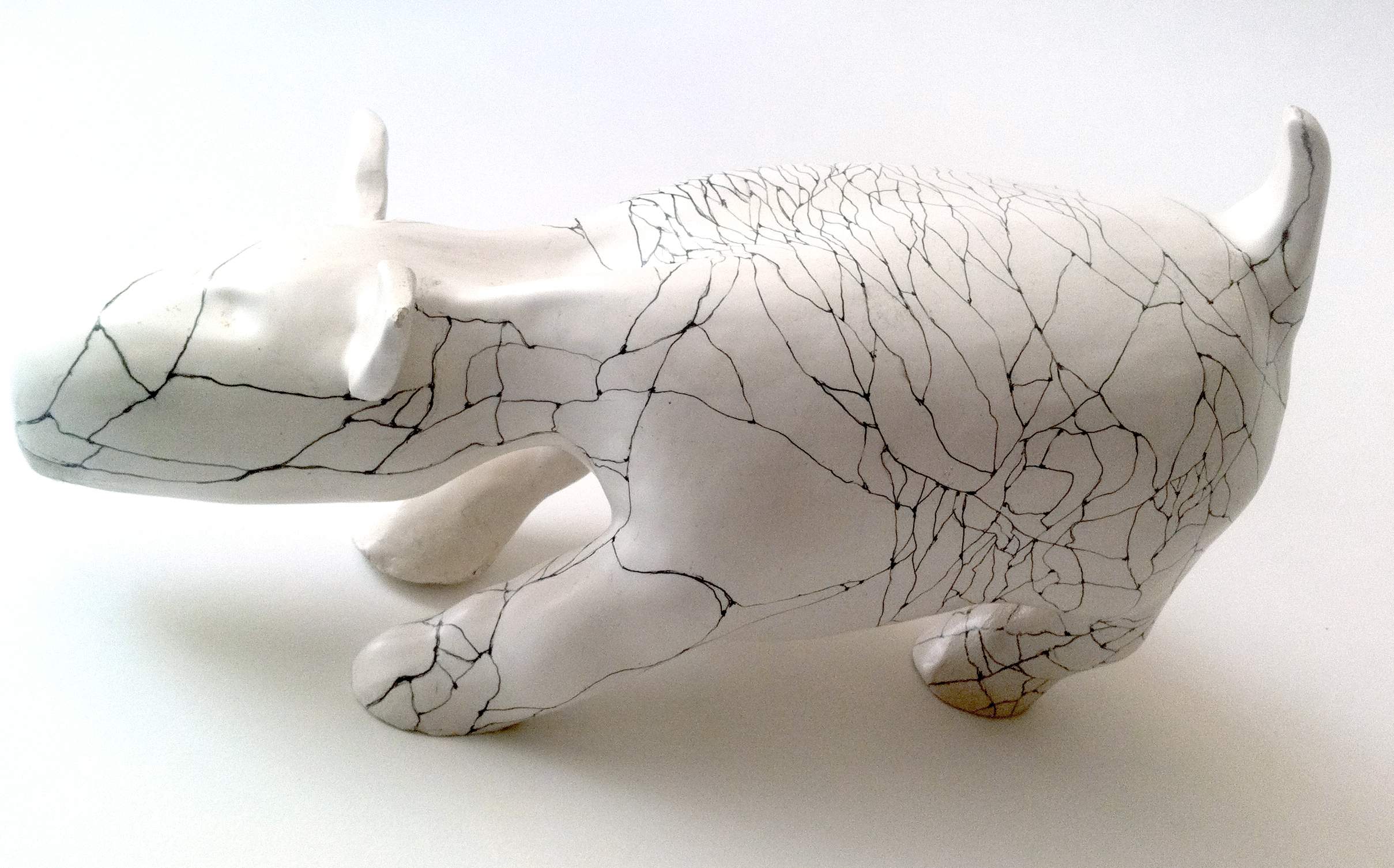 History, In early Winter 2010 Christine Bruckner creates a tapir and began to reproduce the form, while changing the surface. Soon after the decision to entrust stubborn tapirs to others is born. Christine Bruckner casts 40 tapirs and offers them to be decorated by ceramists, painters then designers…  jewelers, etc …

In April 2011, Tal Waldman inspired by cracked Japanese ceramic technique, tries to find a memory of cracks. Gradually she came up with an “inverted» crack with  thread and graphics.

In 2012, Tal Waldman explores the trans-generational dimension. The ‘ Tapir is chained ‘ representing the memory that passes through the empty mesh of an invisible net … This means that we are a link in the chain of generations.
“We are less free than we think, but we could win our freedom …» (Anne Ancelin Schutzenberger psychotherapist) .

‘ABSTRACTION OF A DANGEROUS CHAIR’ AND ‘URBAN WOOD’