EMBROIDERED MEMORIES, is a process of artistic creation, artisanal production and exhibition in the heart of sustainable development! 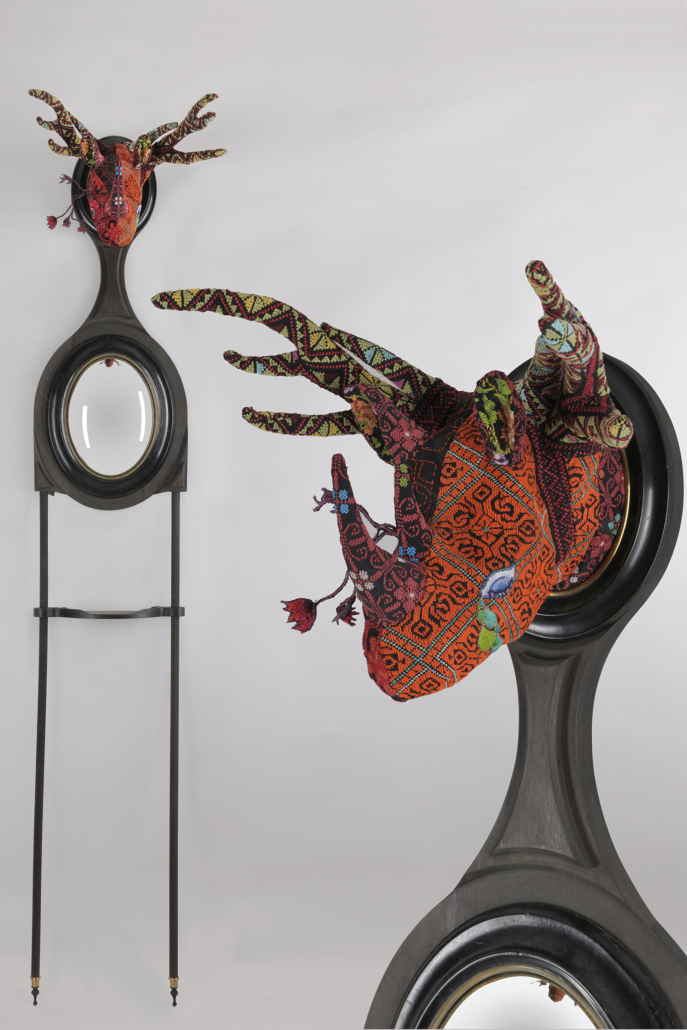 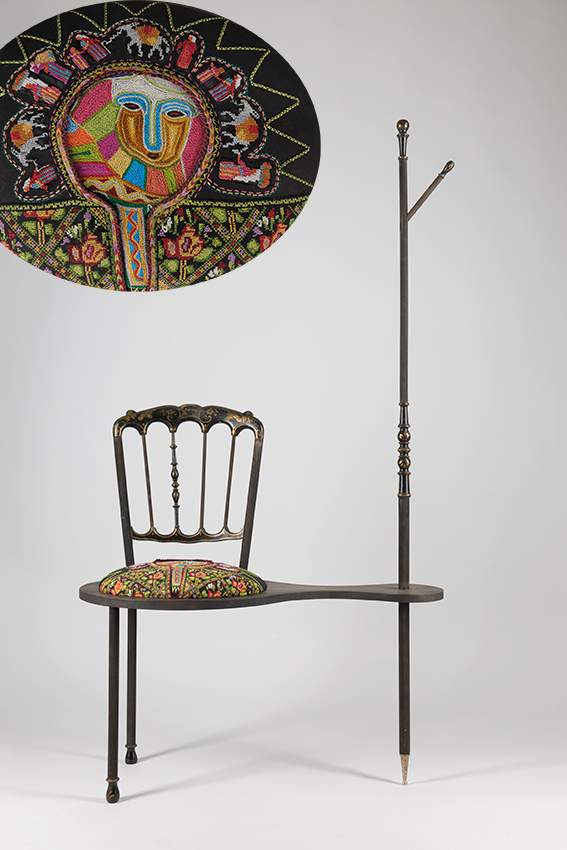 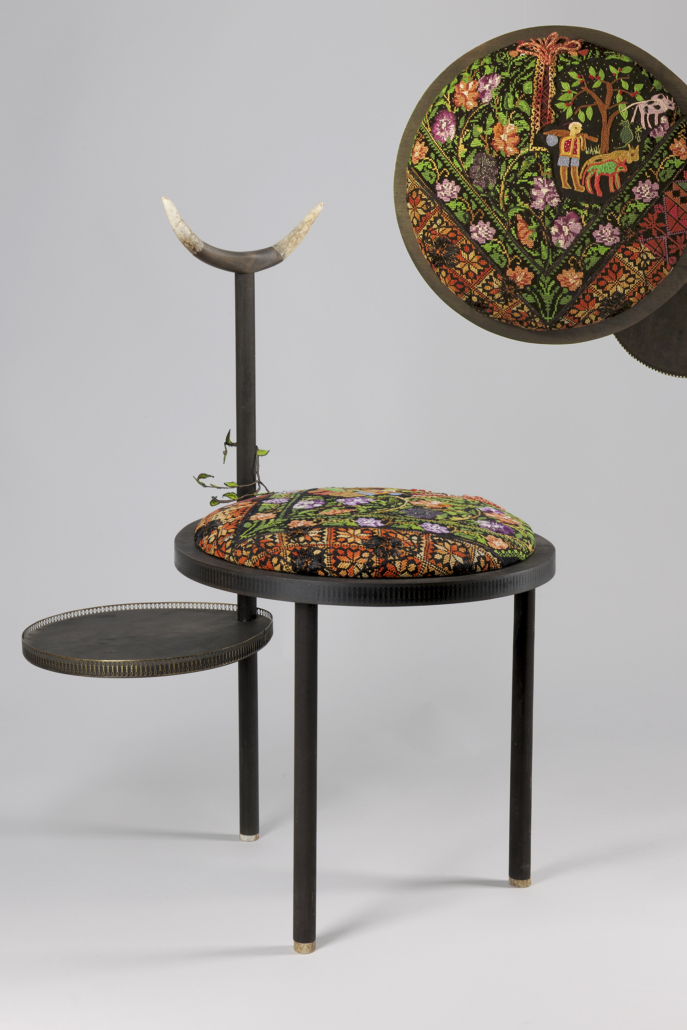 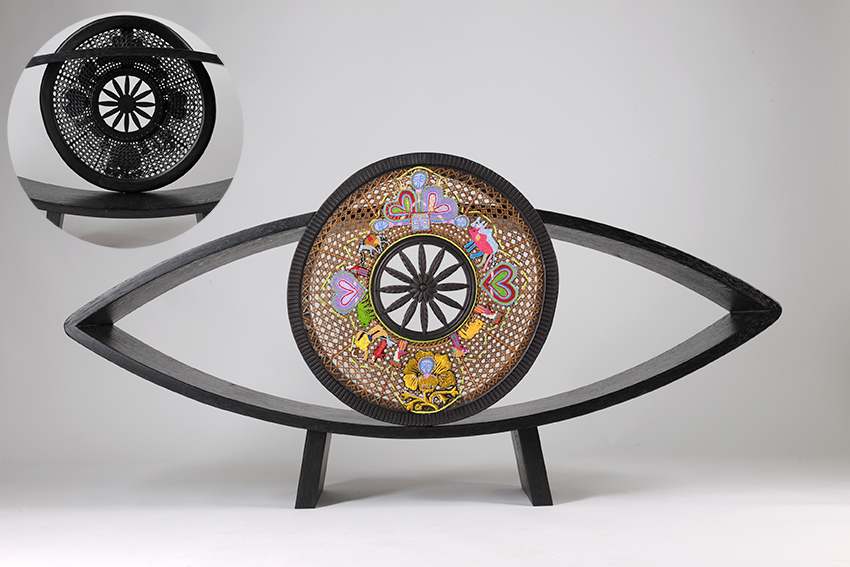 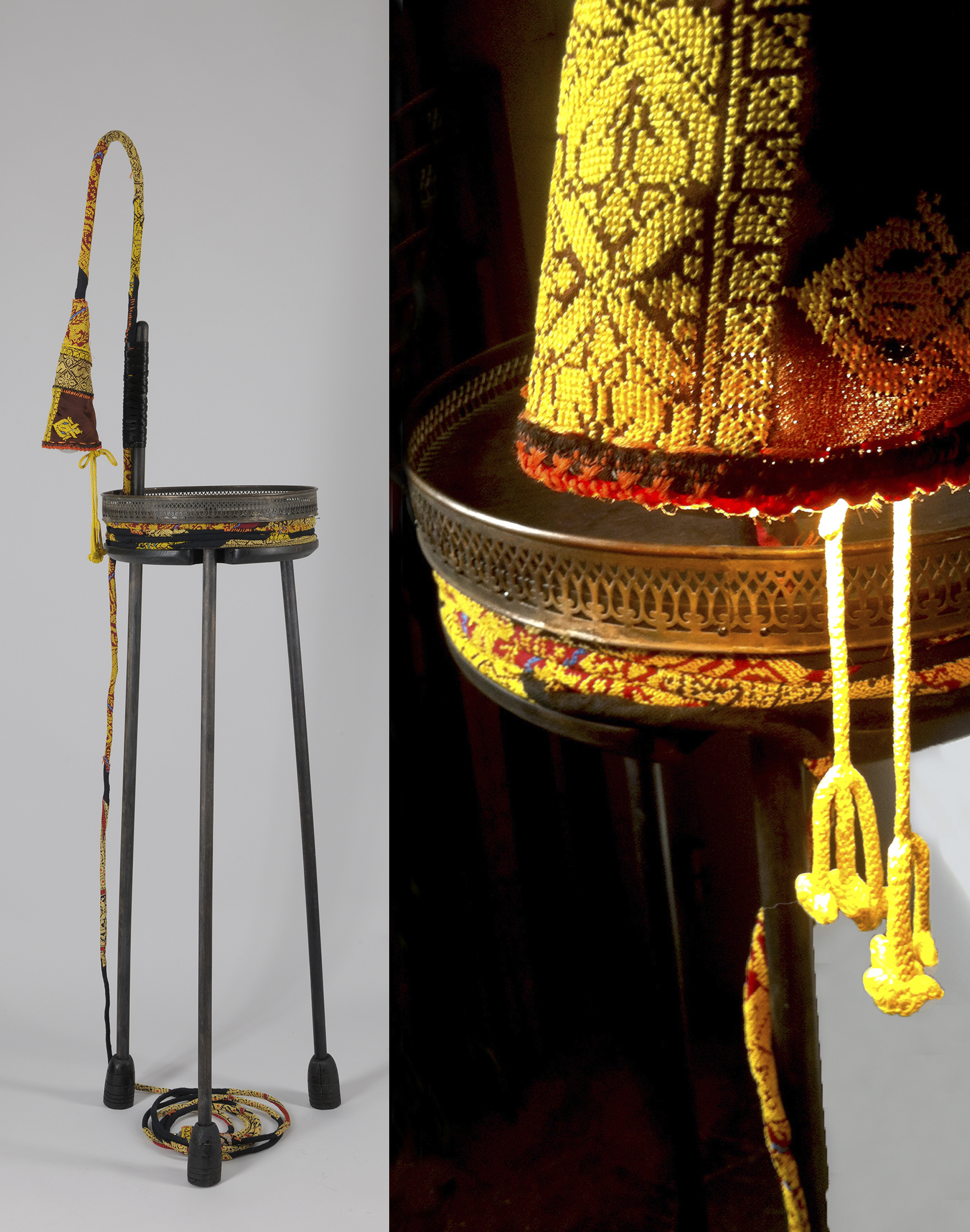 What? Embroidered Memories “is an art project on the theme of collective memory and migration, identity, sharing, and cultural diversity. An interdisciplinary project, it uses the tools of art, decorative art and design as design languages.

Works The five works presented represent a family of objects, an expression of the different states of an immigrant life: travel, memories, economic difficulties, the maintenance of integrity while adapting, the dissimilarities between homeland and adoptive land.

How? Experimental model of production
This creative adventure is centered around an experimental model of collective and circular production, between an artist, designer and architect (Tal Waldman – Talva Design), a group of Parisian artisans. From the moment of conception, the creation of objects became a part of a collaborative work process until the realization of the pieces. The production of works is based on up-cycling of objects and is thus part of sustainability and in the context of the circular economy. The photographic work highlighted the work gestures of the collaborators and expanded the human dimension of the project.

Photos, texts and soundtrack To always enrich the project, highlight its human dimension and document ideas, the process of creation and meetings, a series of photos and texts has been associated with the works. The photographic work of Thomas Bremond has captured the essence of creation and production, the precision of gestures during work. The journalist Anne-Sophie Pellerin has created a series of interviews that will serve as a basis for a soundtrack and the writing of texts relating the history of the artistic project. The 16-minute soundtrack is created by Tal Waldman with the help of jazz musician Amy Gamlen.

Embroidered Memoirs / Some figures and facts: 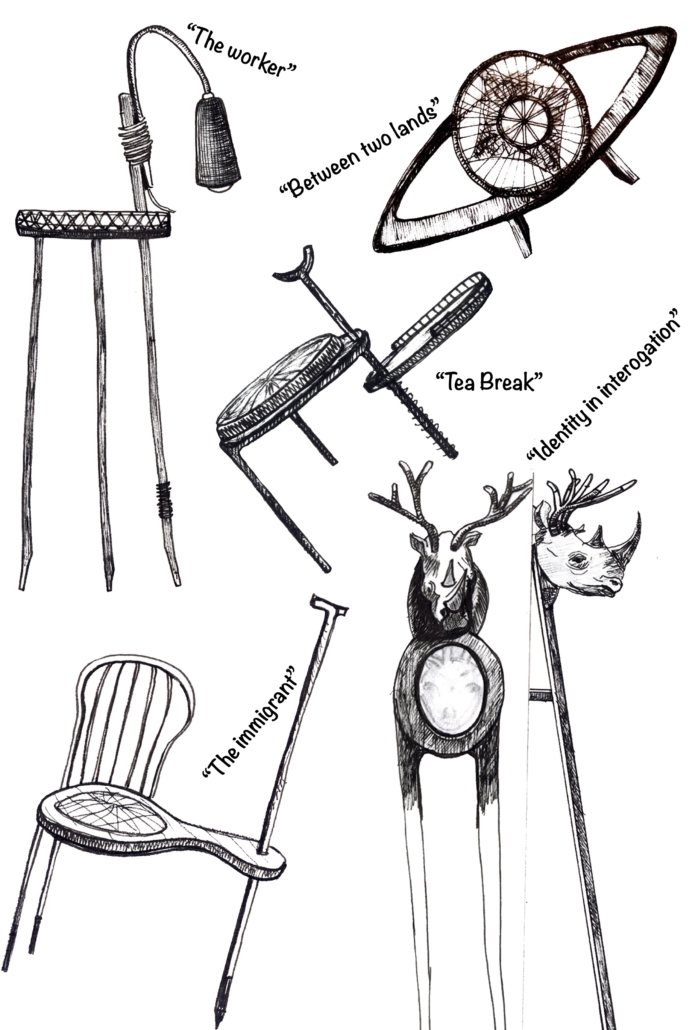 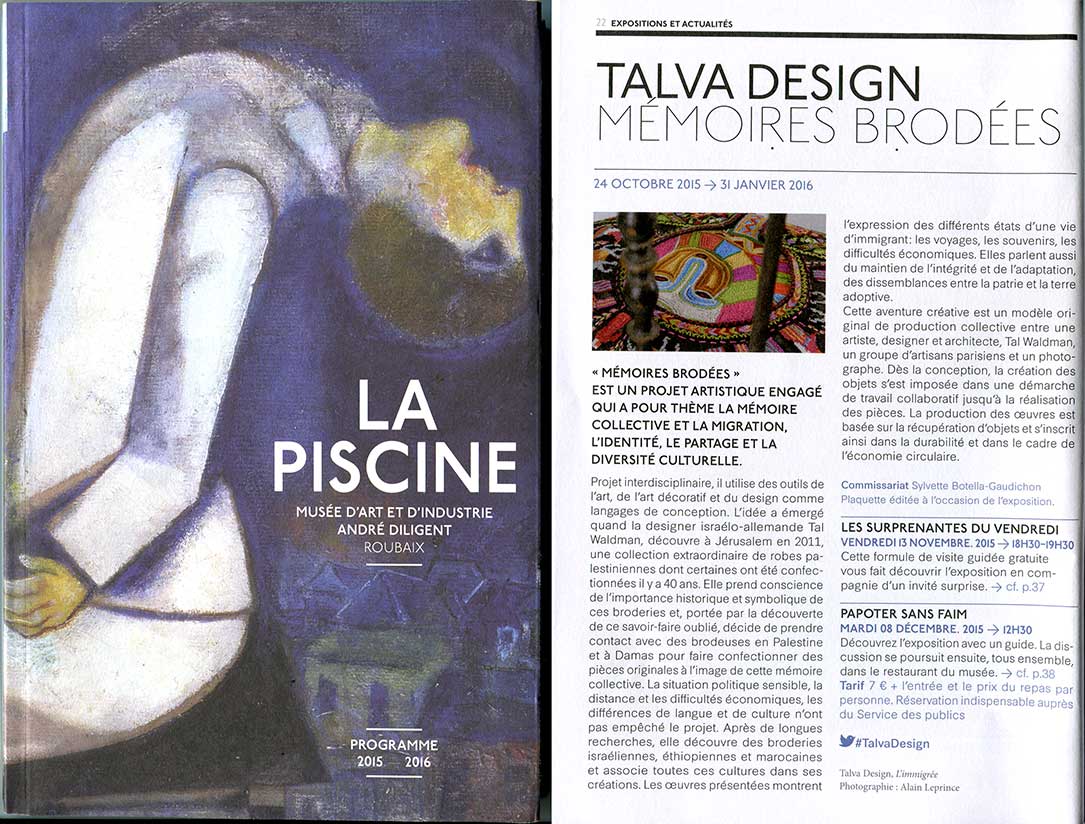 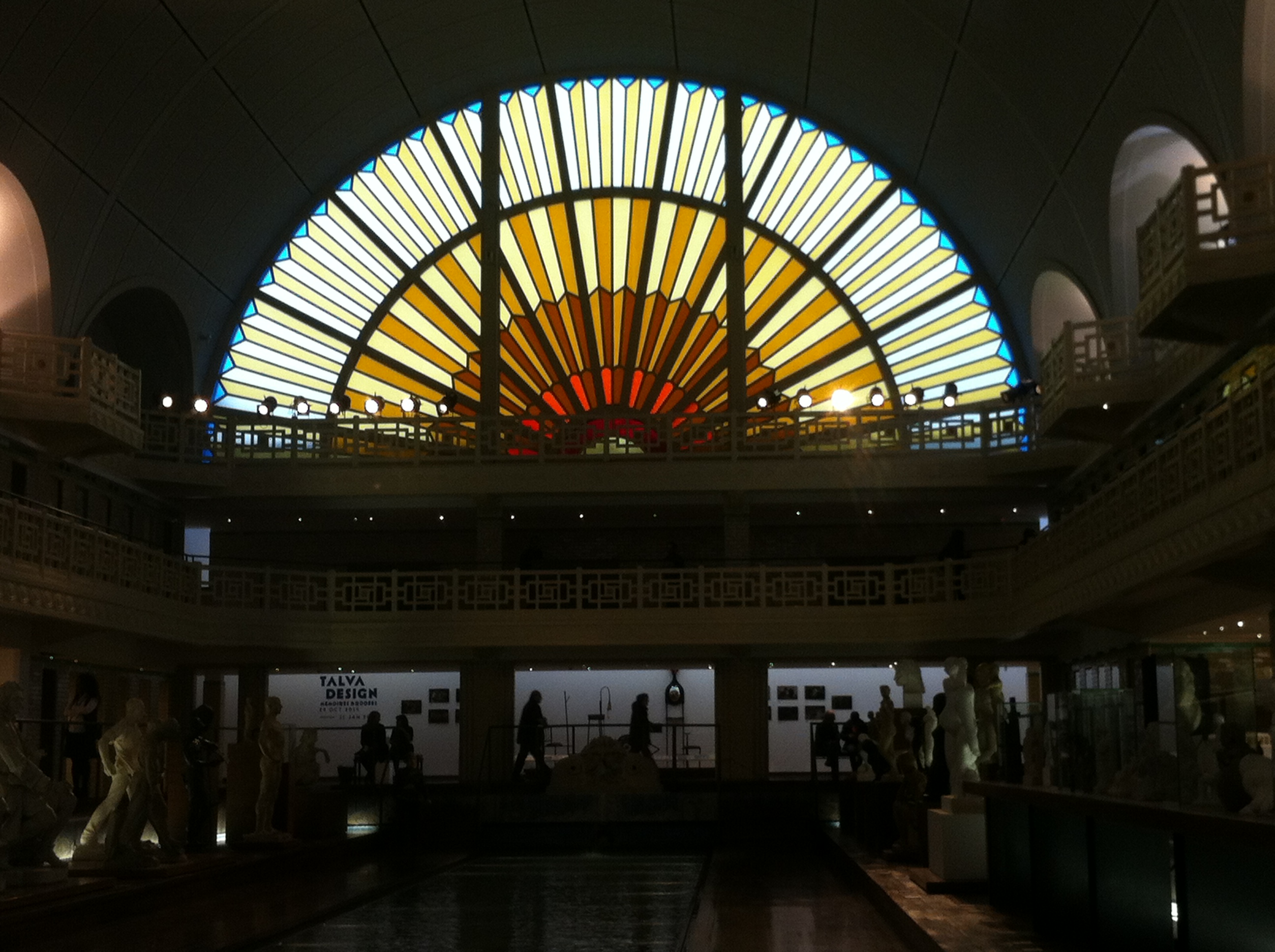 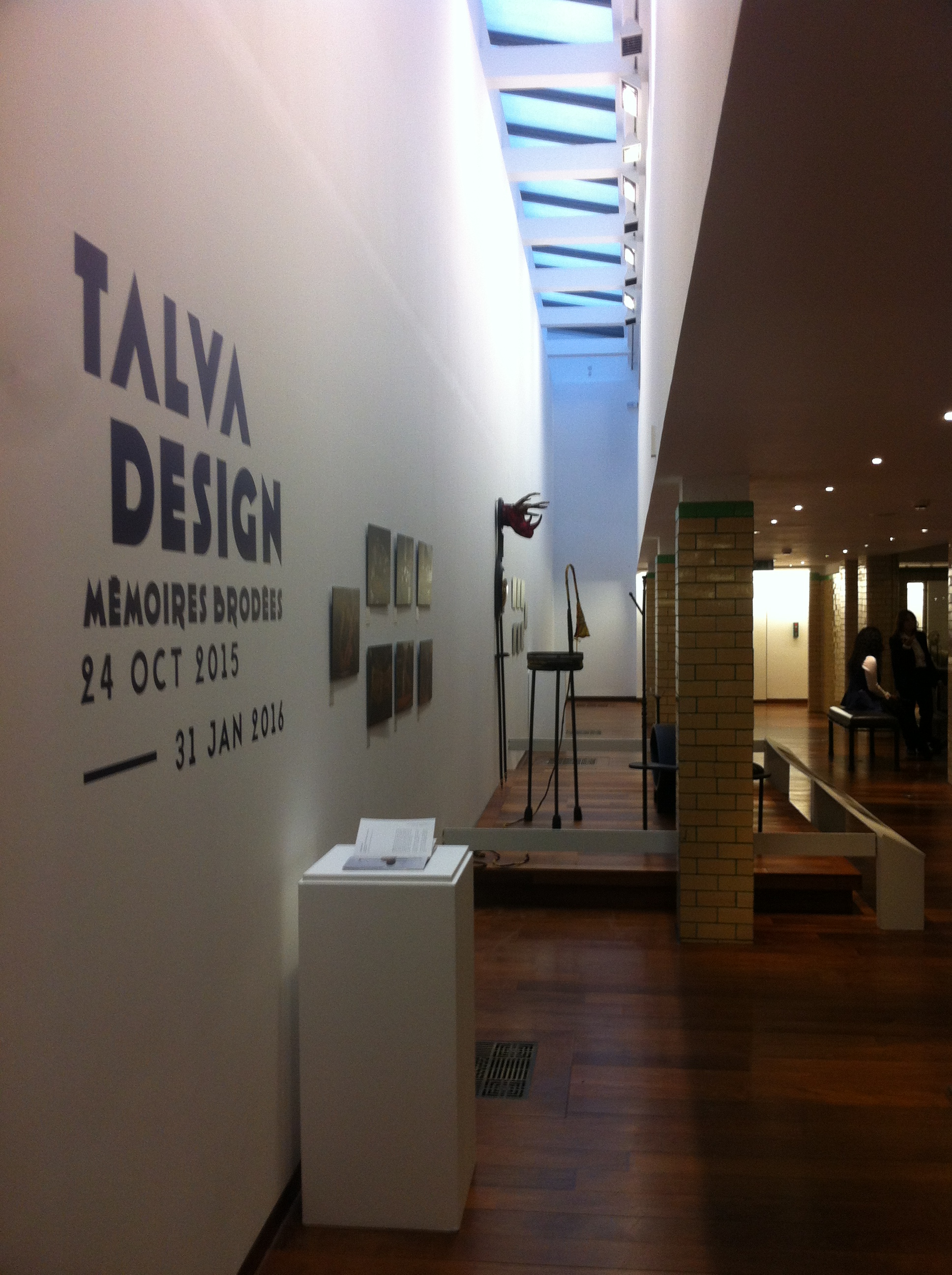 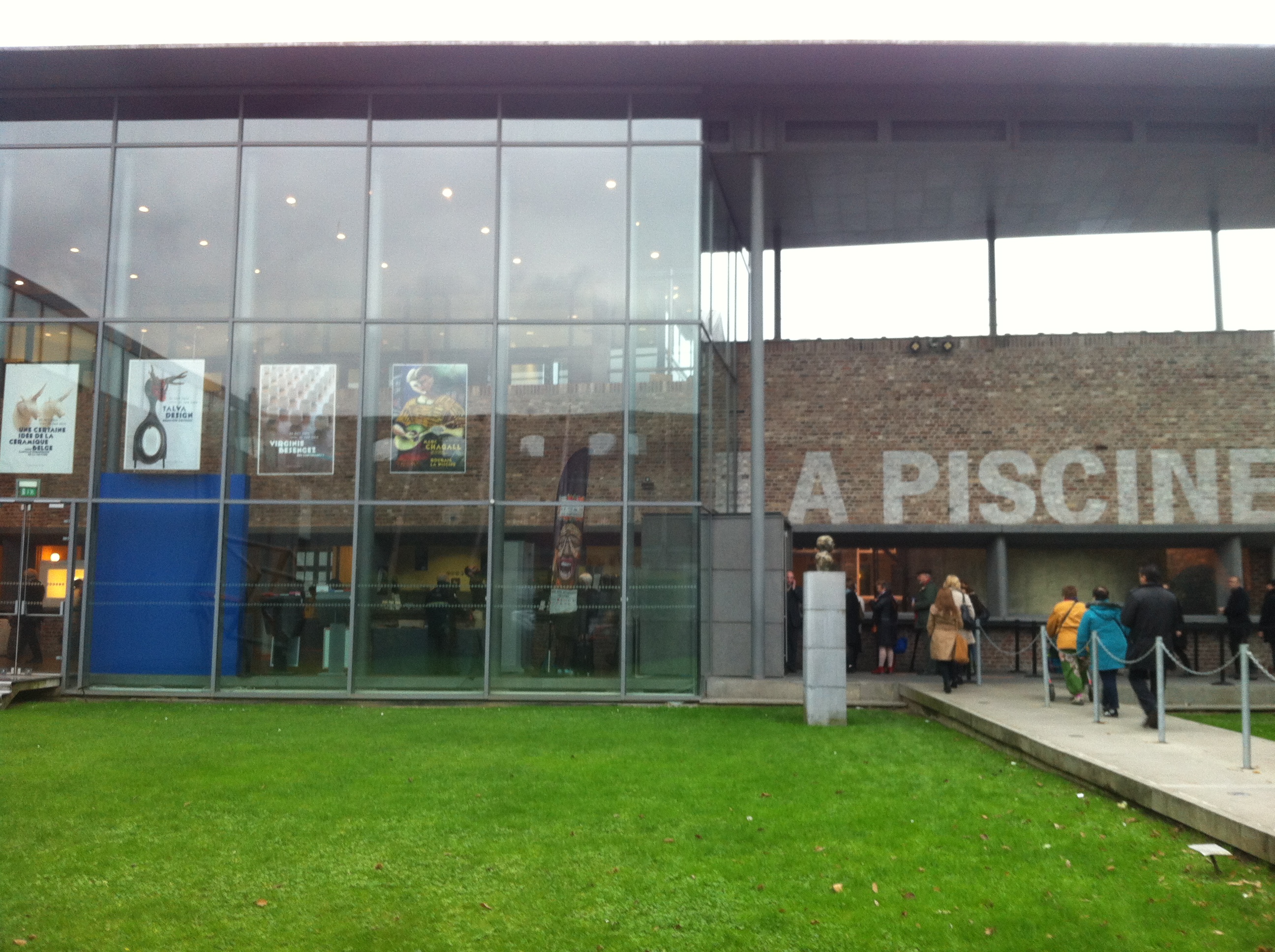 April 2016, Invited artist to the International fair of Art thread 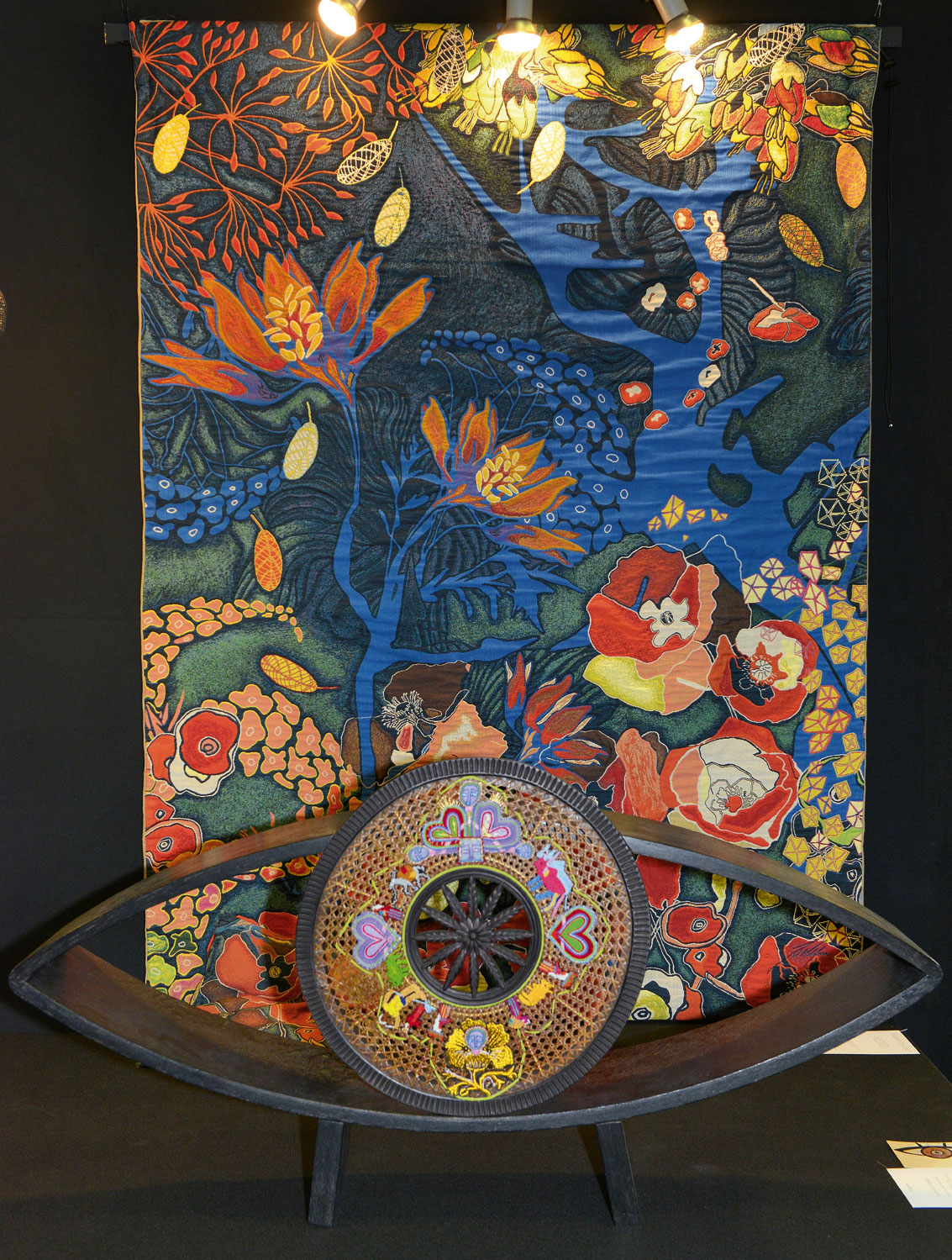 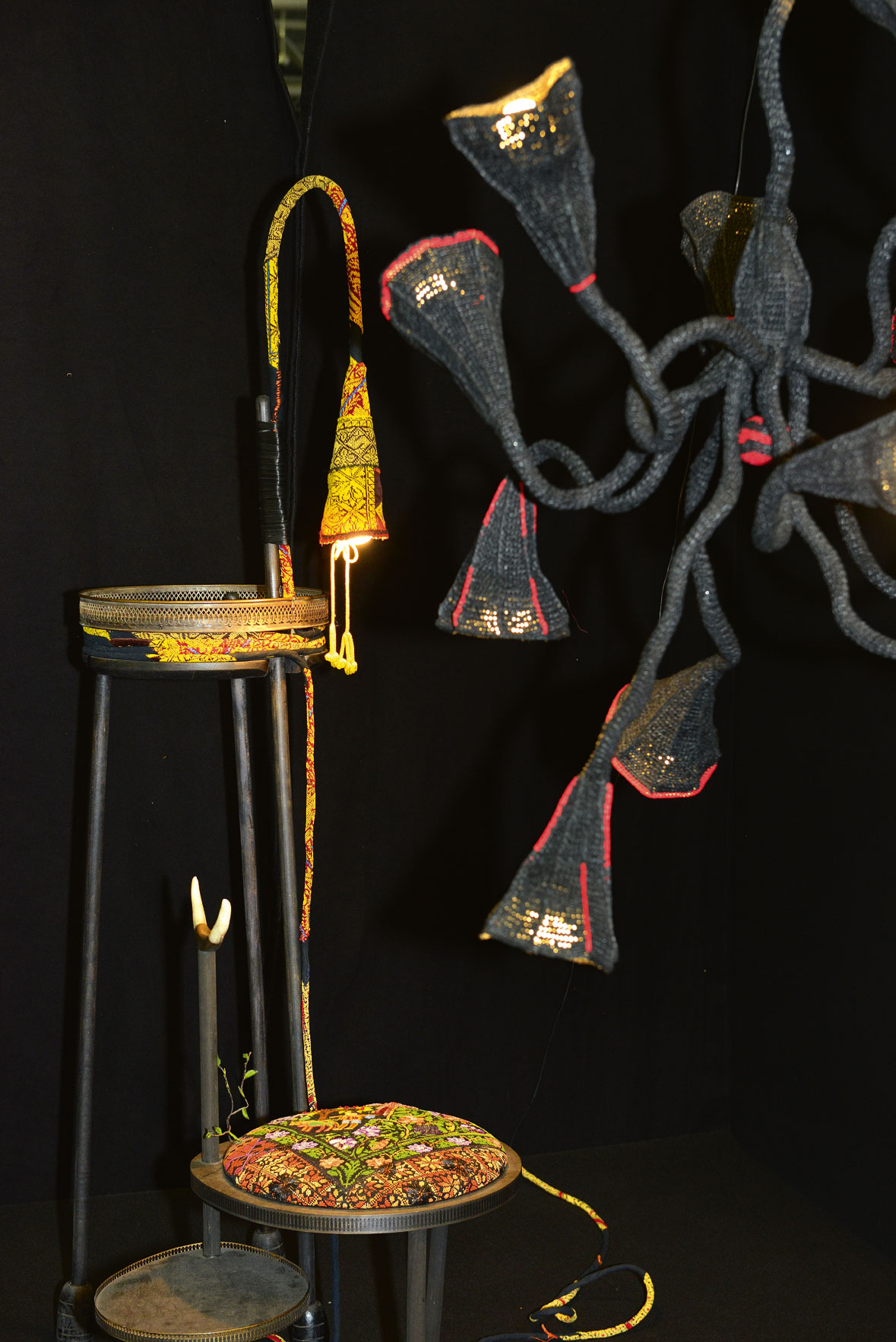 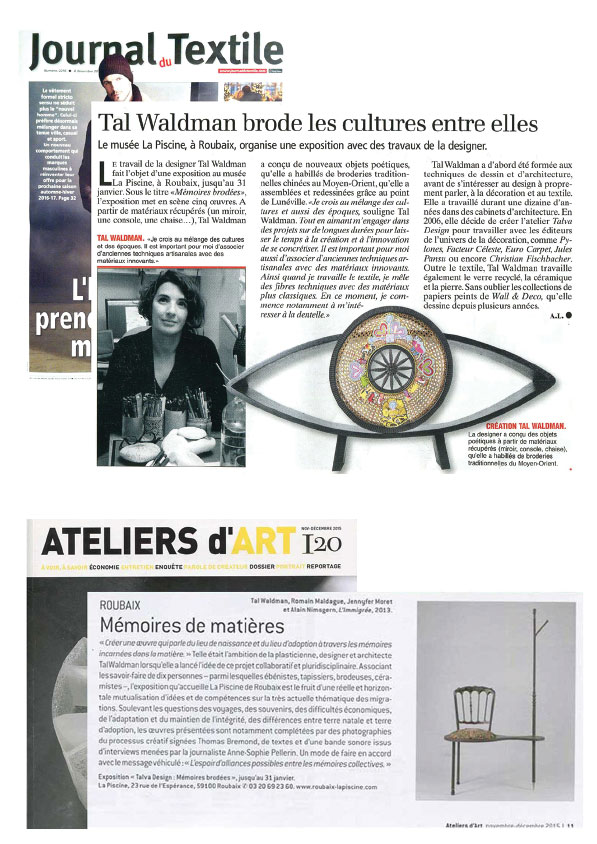 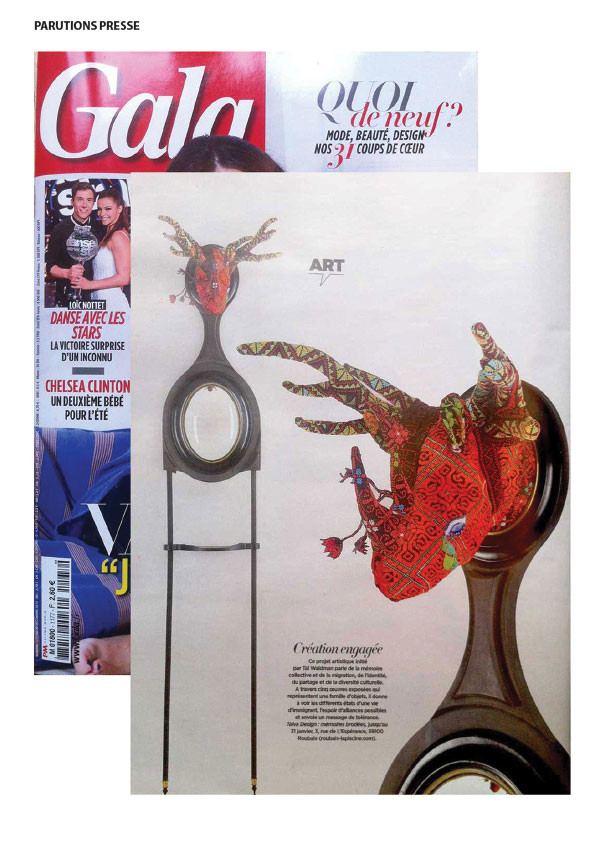 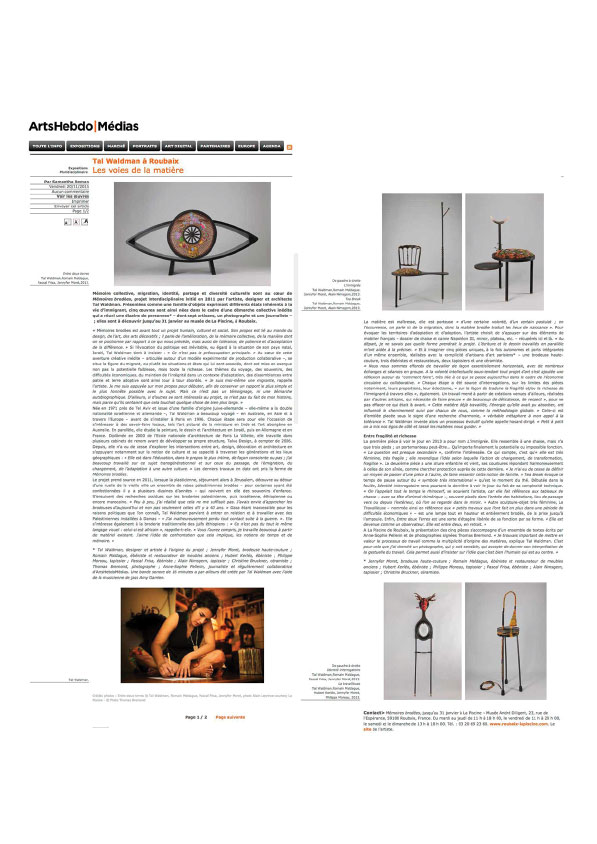 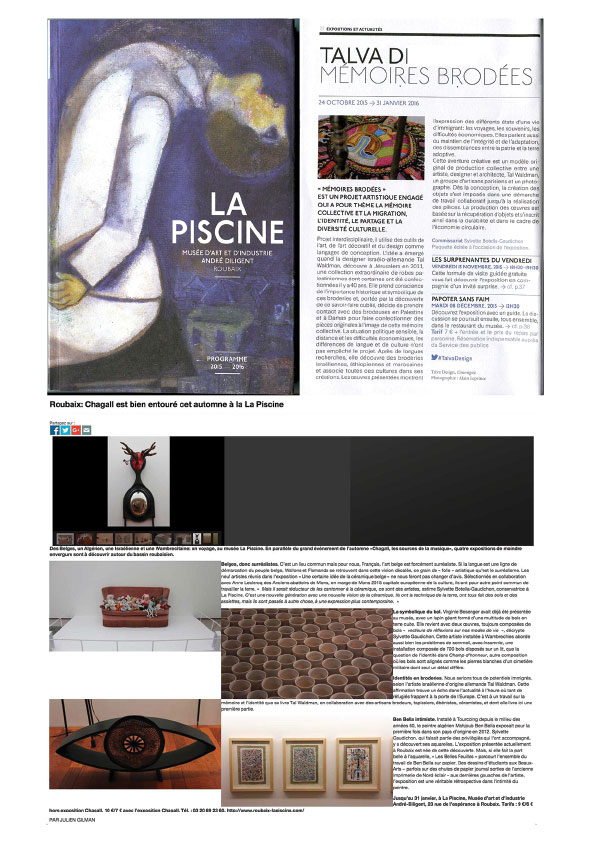 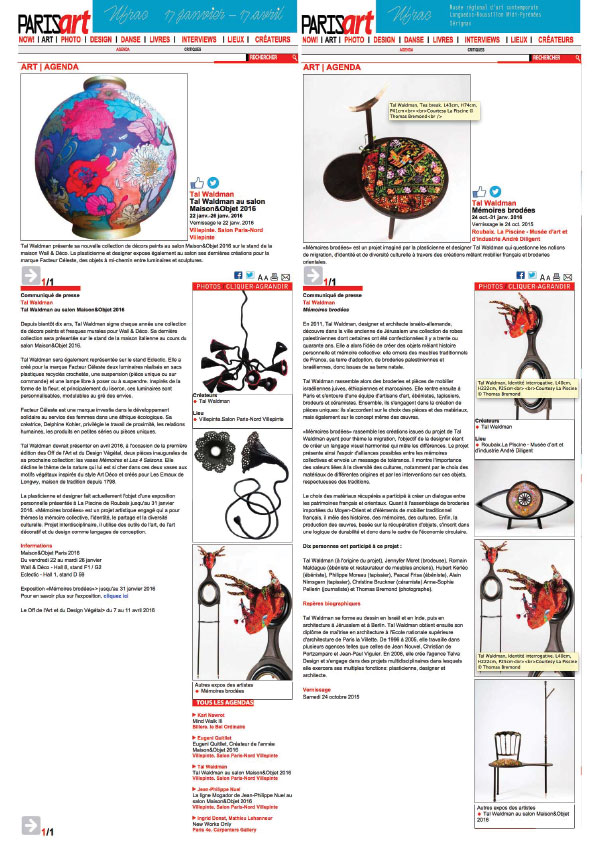 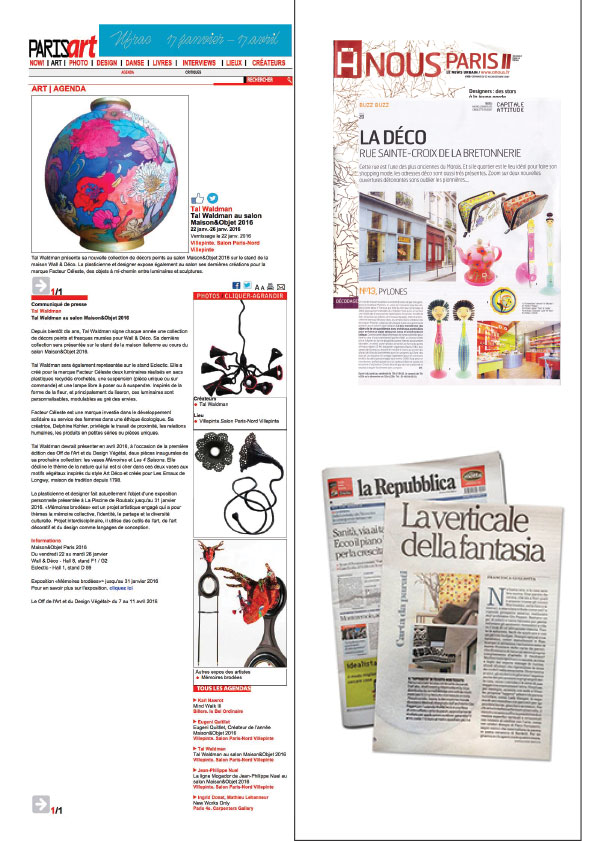