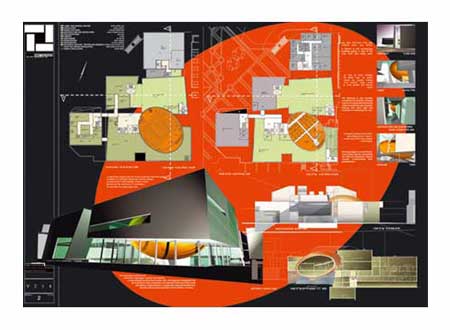 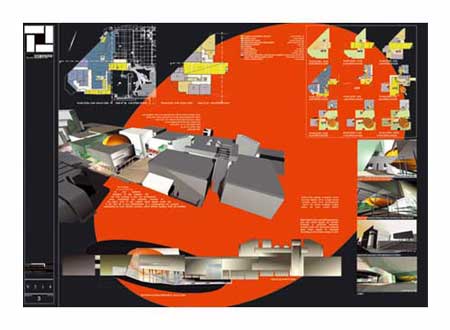 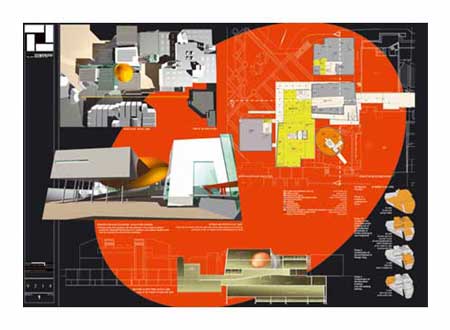 In the contemporary museum man is no longer a spectator . Man , Space and Art are a set . Thus, the space must not rigidly impose external order but form a fluid balance where spatial entities create a visual universe within which art is the engine. The extension contains two volumetric languages ​​: exterior and interior, a harmonized cubical enclosure  elegantly integrated into its environment by its proportions and materials ( exhibition rooms and library ) . This cubical enclosure is fragmented by a suspended ellipsoid ( auditorium ) , the soul and the heart beating inside this universe. This ellipsoid is only partially seen from the outside, creating a sense of mystery that attracts the visitor inward through cracks  allowing light and movement to penetrate its core. Under the suspended ellipsoid a sculpture garden is revealed. This creates a conceptual and spatial event linking the old and new buildings . Driven by the contradictory geometry, rich and varied spaces are formed. Freedom of structural elements , slanted walls and horizontal surfaces allow these spaces to be modulated according to the view of the visitors. Transparent glass passes through the fragments of the cube without compromising their visual separation. The copper core radiates its presence to the museum and beyond. 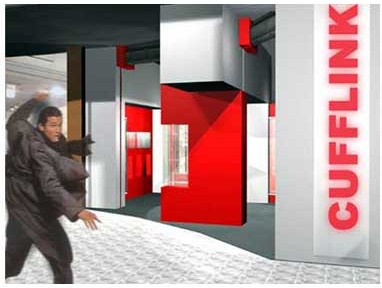 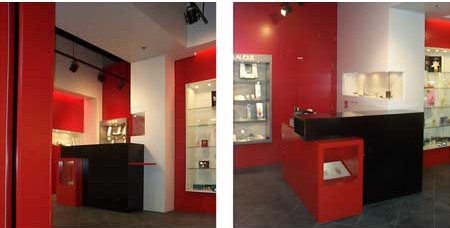 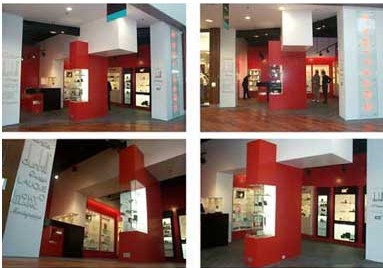 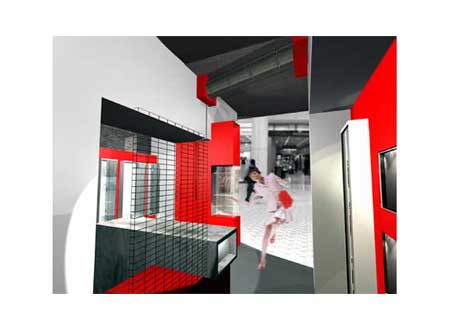 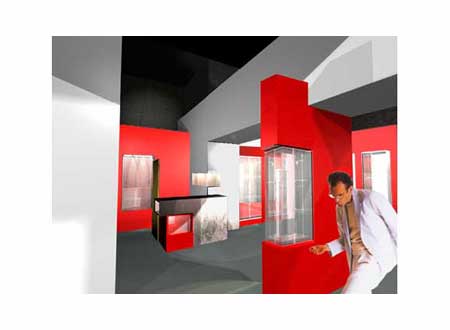 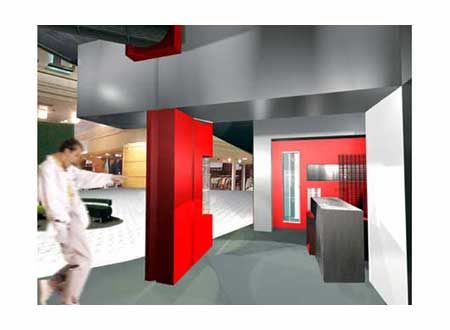 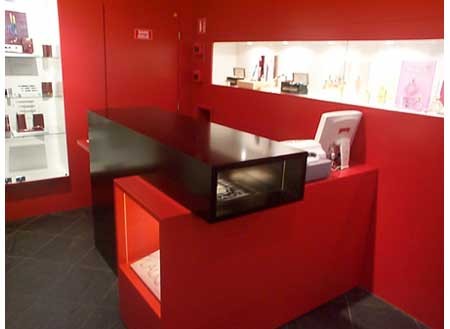 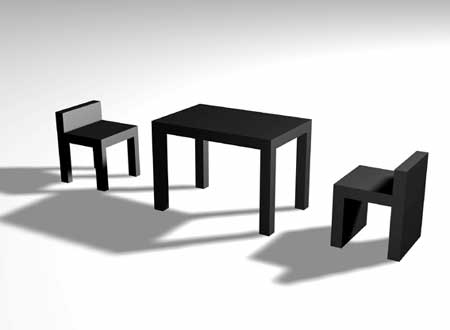 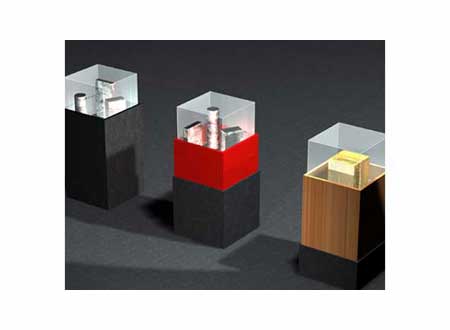 The challenge : was to allow 6 luxury brands (Cartier , Lalique, Mont Blanc , Dunhill and ST Dupont ) to co-exist under the banner CUFFLINKS.

The solution : was to create an architectural gesture strong and elegant enough to assemble the different brands presentations while evoking the “chic” and employing a simple and consistent aesthetic. 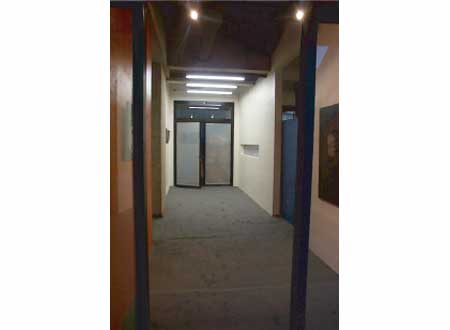 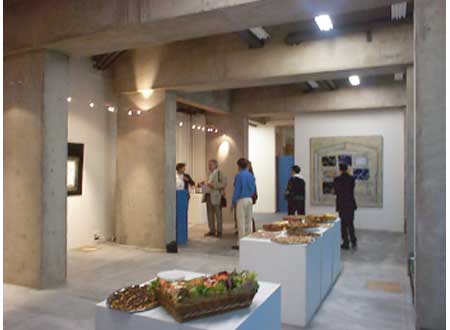 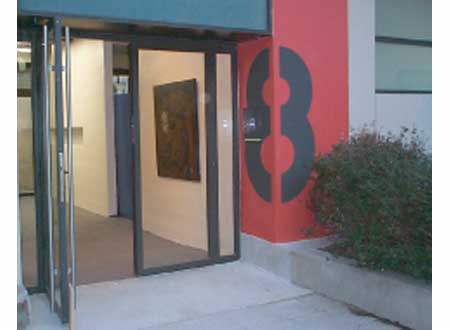 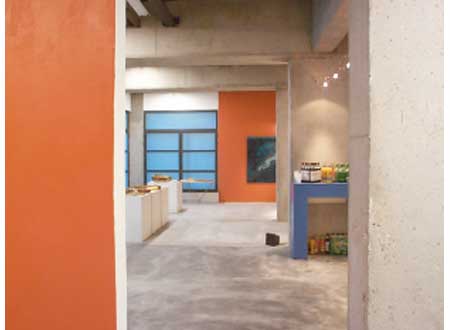 In the proposed office extension structural elements were stripped down the to their original material, adding bright colored surfaces. I left the brutality and simplicity of the concrete of suburban Paris to work with warm light and the colors, highlighted by a system of double semi transparent windows in aluminum frames . The space created is calm, open and flexible both as a meeting room and as an exhibition gallery . This space is connected by a passage to the existing agency . Details of radiator frames and a letter box in steel were developed.